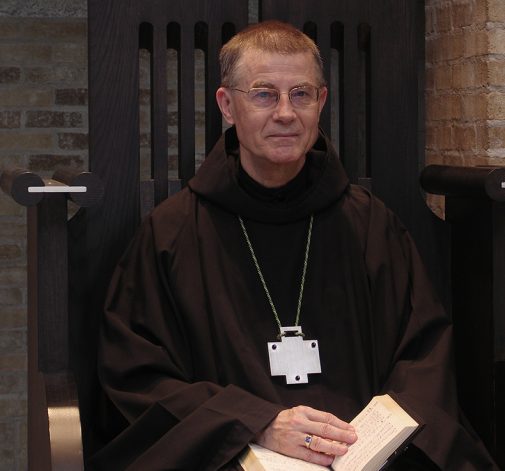 « For more than 100 years, our abbey has been standing over the shores of Lake Memphremagog. For decades, monks have been living each day alternating between moments of prayer, study, and work. It is also a place of hospitality with its two guest houses (one for men, the other for women) for anyone seeking silence and introspection.
Like many monasteries in the world, our abbey has become a crossroads for pilgrims, faithful, men and women of good will, tourists, young people seeking to make sense of the world, young parents happy to make the abbey known to their children, and during apple season, pick apples in our orchards.
I fervently hope that our abbey will be able to continue its mission “in the beauty of peace”, the motto inherited from our Fathers who came from France in 1912. »

An appeal to your generosity!

Income from our work assures our subsistence and allows us to cover routine maintenance costs. On its own, however, it isn’t sufficient to finance major renovation projects that are essential and some of which are urgent: masonry work, window repairs, roofs to replace and repair, drainage work around the buildings, etc.

We appeal to your generosity. Thanks to your contribution, our community can continue its mission and the abbey remain a landmark for those seeking to make sense of their lives, a place where we can seek fundamental values and find peace in our hearts. If you wish to help us, clickhere to make an on-line donation. Thank you for your support. 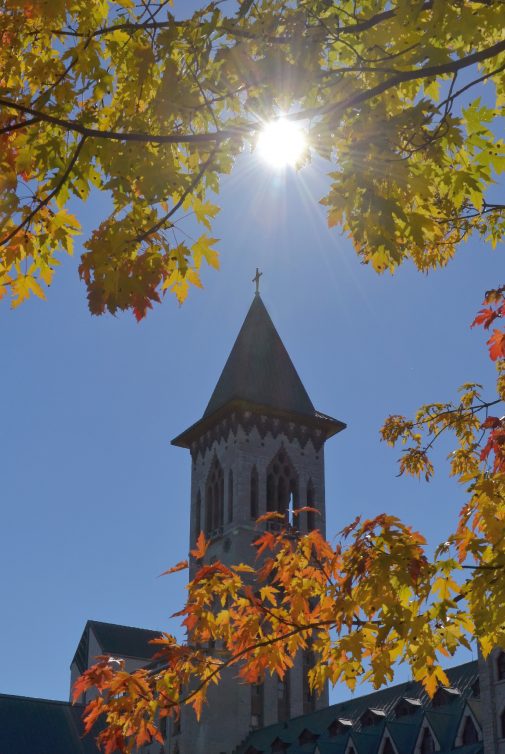 To donate by mail :

Donations should be made out to abbaye de Saint-Benoît-du-Lac and sent to :

Please indicate if you wish to receive a receipt for income tax purposes, and if so provide us with your coordinates.